Mazinger Z (マジンガーZ) of Mazinger Edition Z: The Impact!, is the primary robot of the series. While its appearance and role in the series is the same as the original manga, there are some differences between them such as the influence behind their creation and even features a new way to fight.

After a close encounter with Dr. Hell and being scarred by Baron Ashura, Juzo Kabuto uses the data from the prototype robot Energer Z made by him and his son Kenzo Kabuto to create an improved version of it with influence from the Mycenaen warrior, Zeus (where the Z in Mazinger Z comes from). When Baron Ashura's Ashura Corps attacked his home, Juzo sent the Hover Pilder to Koji for him to pilot.

With Koji getting used to the controls, he eventually overpowers Ashura's assault with the Mazinger's power but at the cost of Juzo's life.

For the rest of the series, Koji would fight with the Mazinger against Hell's Mechanical Beasts all the while uncovering the hidden history of Tsubasa Nishikiori and the Mycenae Empire. In the battle against Hades when the past and present collide, the Mazinger's use of Rocket Punch inspired Zeus to use a similar attack. The same arm became a big discussion between the Photon Power Laboratory and Dr. Hell. Eventually, with Tsubasa's command, the severed arm of Zeus becomes the God Scrander with a program based on Juzo appearing.

At the end of the series, the Mazinger faces off against the Hell King Gordon robot fortress controlled by Dr. Hell. With all of his comrades defeated, Koji unleashes the 100 Rocket Punch attack on the King of Hell before making them combine into a giant fist to land a finishing blow to Hell. But with Hell's defeat came the Mycenae Empire and Koji charging the Mazinger with a Big Bang Punch. As seen at the start of the second episode however, it shows the Mazinger lying defeated. What happens afterwards this is unknown.

The Mazinger Z has mostly the same attacks as the original model from the manga but some are slightly changed. It appears to lack the Missile Punch and other features such as the Iron Cutter and Reito Beam from the anime.

The command center of the Mazinger Z. Much like the original it can serve as a mode of transportation and is armed with Photon Beams and missiles.

An attachment to the Mazinger to allow flight. Unlike the original, it only appeared twice as it was destroyed when Kouji had to eject the Scrander mid-air and sent it crashing into the mountain below after Mazinger Z was electrocuted and disabled in flight. It possibly wasn't made from Super Alloy Z, hence it's destruction, as Mazinger Z was able to survive the crash unscathed.

Originally the severed arm of Zeus, it served as a powerful source of Photonic Energy. Juzo secretly modified it to be an attachment of the Mazinger with the call "God Scrander!" causing it to unfold and attach itself to the back of the Mazinger to give it bigger and stronger wings than the Jet Scrander. It also features a transformation that changes the Mazinger into a forearm by making three fingers appear with the Mazinger's arms serving as the other two. The head and other features are folded inward to change it into a form similar to Zeus' fist, giving it a golden glow. 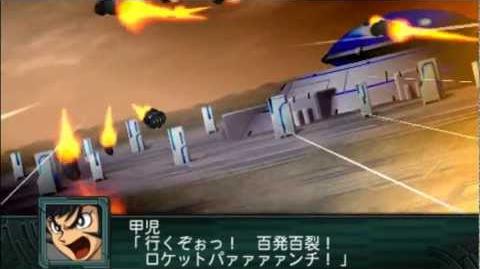 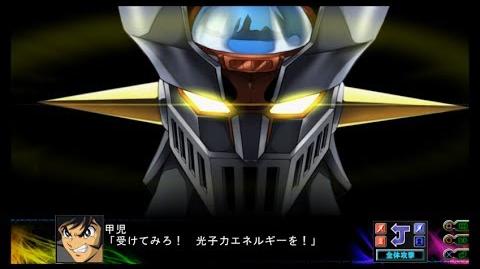 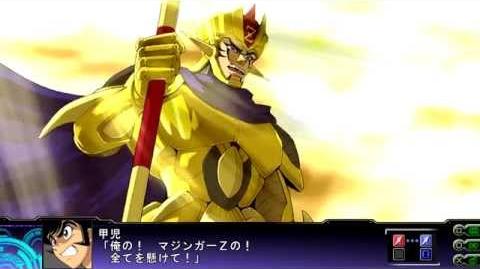 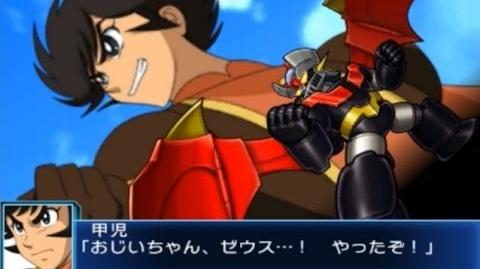 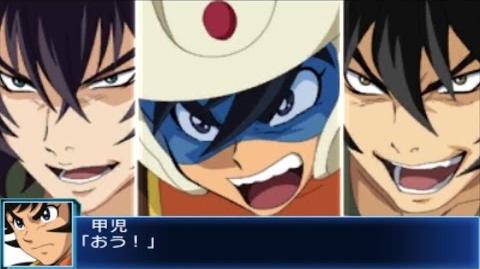 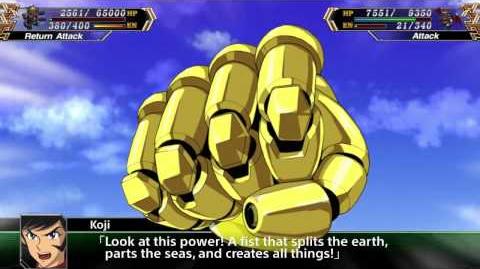 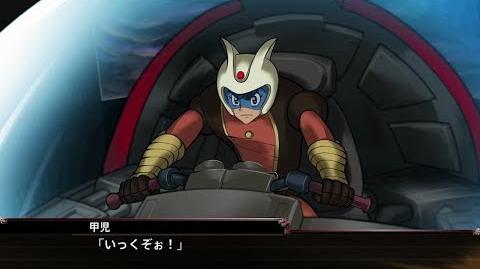