Mazinger Z: Infinity[1] (マジンガーZ ／ INFINITY) is an anime feature film produced by Toei Animation for the 45th anniversary of the Mazinger franchise and creator Go Nagai's 50th year as a manga artist. The film is a sequel to Mazinger Z and Great Mazinger, but ignores UFO Robot Grendizer. The teaser debuted on AnimeJapan 2017 on March 26, 2017.[2] The film premiered October 31, 2017 in Italy. The film released in Japan on January 13, 2018.[3] The film premiered in the US on February 11-12, 2018 in theaters.

It has been 10 years since the world was on the verge of destruction by the mad scientist Dr. Hell and his Underground Empire. Koji Kabuto, his giant robot Mazinger Z, and his allies in the Photon Power Laboratory however put an end to Dr. Hell's ambitions and peace returned to the world.

Koji has since followed his grandfather and father's example and became a scientist at the Photon Power Lab. Sayaka Yumi became the Photon Lab's new Director after her father Prof. Yumi had became Japan's Prime Minister. Koji's younger brother Shiro has become a gifted pilot working for the lab while Boss and his gang continued to work for it. Tetsuya Tsurugi and Jun Hono who fought with Koji have since married and Jun is pregnant with Tetsuya's child.

Buried deep below Mt. Fuji, he encounters a mysterious life form named LiSA inside a giant structure called Infinity. With this new encounter comes a new threat, and a new fate awaiting humanity. Dr. Hell reveals himself after being declared dead in the past along with his henchmen Count Brocken and Baron Ashura. Dr. Hell plots to use Infinity's unlimited potential to activate its ultimate weapon Gragon to reshape the world.[4] The former hero Koji makes a decision for the future whether to be a god or a demon... The future is once again entrusted to Mazinger Z!

Toei Animation will be in charge of the film's production while its parent company Toei will handle distribution. A website for the film was launched by Toei on January 26th.[6]

At its announcement in AnimeJapan 2017, Showtaro Morikubo will voice Koji Kabuto while Ai Kayano will play Sayaka Yumi. Junji Shimizu is the director with Yo Nakano serving as the assistant director, while Takahiro Ozawa will write the script. Takayuki Yanase drafts the mechanic designs, Hiroya Iijima will design the characters, and Makoto Ujiie will be in charge of background art. Go Nagai also announced that the film will have a world premiere outside of Japan before Japan's premiere.[7]

The first footage of the film debuted at the Annecy Film Festival on June 14, during a "Making of" segment of the film.[8]

To promote the film, Toei plans to launch a crowdfunding campaign to create a large-scale replica of the Mazinger Z made out of balloons.[10]

The film premieres on October 28, 2017 at the 12th Rome Film Fest in collaboration with Alice nella città.[11]

On October 10, 2017, the official website announced the appearance of the Great Mazinger in the film as well as returning characters: including the newly wed Tetsuya Tsurugi and Jun Hono, and Count Brocken. As well as guest voicing done by Hiroya Ishimaru and Minori Matsushima.[12]

Mazinger Z: Infinity was met with positive to mixed reviews. Italian and French reviewers state that the film walks a line between nostalgia for older fans and new alike by giving the film its own personality while bringing up a nostalgic reminder in the first ten minutes. The setting and action scenes were praised for the combination of traditional and CGI animation, providing a smoothness and dynamic between the old and new animation styles. The film was also praised for the attention it gave to its source materials with a healthy dose of fan service, making the plot simplistic and easy to understand for newcomers. The film was even regarded as a worthy sequel to the original TV series. But there were concerns when reaching a modern audience due to an unfamiliarity with the source material. The characters situations were respected as being a credible piece of the film's narrative. The soundtrack was also praised for its use of Ichiro Mizuki and music that accompanied the rest of the film. Nostalgia for known fans appears to be the defining factor of the film.[17] Yet, critics have praised the film's primary characters glimpses of growing from their original headstrong selves into thoughtful adults[18] while still retaining some of their quirky personalities.[19]

One of the major criticisms the film received is the plot. Standing in the background of the action and animation are the themes of politics, ecology, and coming of age. The primary characters are shown being stuck in the past or in a struggle to embrace the future as an overlong philosophical debate. The secondary characters are also portrayed as being one dimensional, with superficial interactions between characters lacking any real complexity and predictable plot points. The political side of the film is portrayed as using exhausted themes of pacifism and a one-sided criticism to the current political environment of Japan. It is also watered down by the idea of pseudo-science terminology including substantial space, making it little more than a background element. The character LiSA also had potential in the film but was merely watered down to a plot device in Dr. Hell's plan and felt too similar to Rei from "Neon Genesis Evangelion".[20]

Overall the film praises the Mazinger franchise's importance in animation history as well as the mecha genre as well as celebrating the changes in animation by intermingling two styles. But much like the film's characters, the narrative side of the film is stuck in the past, with nostalgia being the only thing that draws the viewers in. 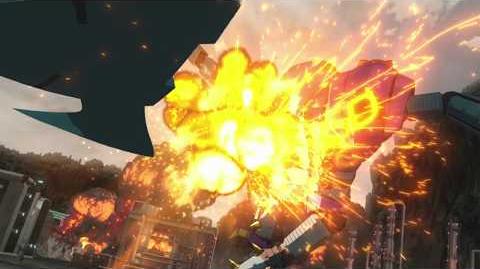 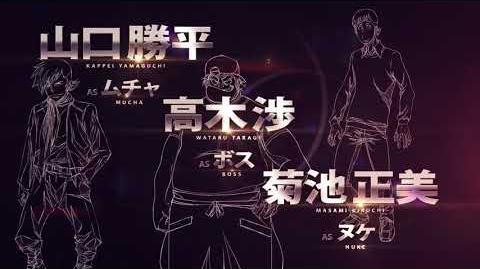 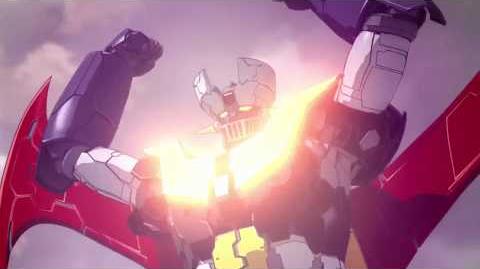 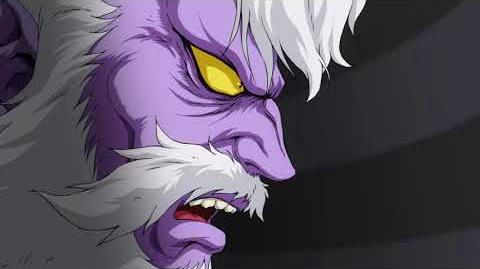 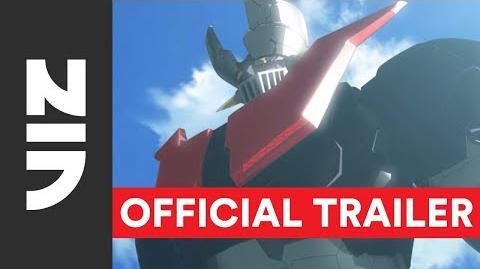