Start a Wiki
Jetfire P1 is a Mechanical Beast that Dr. Hell created in tribute to the then deceased Baron Ashura in episode 79 of the anime.

Jetfire P1 is a humanoid Mechanical Beast with large rocket propelled wings protruding from the back. Its head resembles Baron Ashura's face. The main body is colored red and yellow, while its arms are pink. The tip of the wings are white while the wings themselves are blue.

Jetfire P1 is able to fly through its rocket pack while its wings provided stabilization while in flight. Each wing has three tubes that hold and release missiles. In lieu of Baron Ashura's last attack, it is also able to self-destruct when coming into contact with an enemy.

Dr. Hell built the Jetfire P1 to avenge his late commander Baron Ashura. Along with Greeks ΨII supplied by Archduke Gorgon, both sought out to defeat Mazinger Z and Koji. In its in final moments JetFire P1 tried to self destruct taking Mazinger Z along with it. But Koji manage to break free, making Jetfire P1 sacrifice pointless. 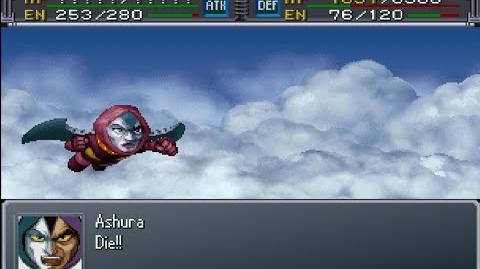