The Great General of Darkness is the military commander of the Mycenae Empire, making him a major antagonist in the first half of Great Mazinger. He serves directly under the Emperor of Darkness and commands the Empire's seven armies.

The Great General is a gigantic warrior with a navy helmet that has a stoic face and three spikes protruding from it, a long red cape, and dark blue Roman-esque armor. His true face is located on his chest and is a bearded old man.

The Great General is a powerful and physically overwhelming giant who is a forced to be reckoned with. Whoever is not entirely loyal to him or the empire in his ranks is controlled by fear. Loyal to the Mycenae Empire, he will strike down any threat to it, whether it be the Mazinger robots or a rogue within the Empire's ranks. While it is not often shown the Great General does indeed care about his underlings, wishing to avenge their deaths.

The Great General has been the Emperor's right hand man since even before they established the present empire. The General's loyalty is second to none and never questions the emperor's choice or orders. He is not ashamed to use force to show that the emperor's rule is absolute.

The Great General commands the seven generals with absolute authority. Any who fail in their tasks are punished. With repeated failures to destroy the Great Mazinger, the Great General saw them as worthless and went to face the machine himself.

As the primary obstacle that stands against the Empire's intended invasion, the Great General has his subordinates deal with the Great Mazinger. The Great General can even be seen as a foil to the Great's pilot Tetsuya as Tetsuya is loyal to his commander and would put everything including his life on the line while the Great General is loyal to not only his emperor but all of the empire in order to get back onto the surface, mourning the losses of his subordinates, and is not above honor when facing direct combat compared to the more dirty trick minded Tetsuya.

The Great General possesses overwhelming strength able to easily hold a sword as big as him with just one hand which can cut and bash enemies effortlessly. For distance, he can also shoot beams out of his eyes. His defensive strength is as great as his offense, withstanding several attacks from the Great Mazinger including the Mazinger Blade. However he possessed a code of honor that disliked sacrifice and dirty tricks, facing threats head on and facing the Great Mazinger in direct combat. 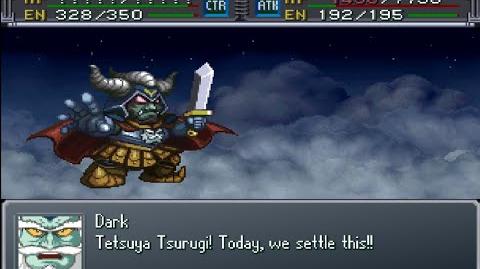 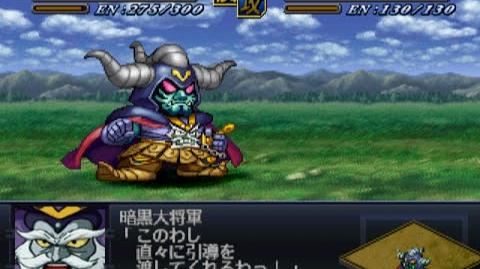